5 Entrepreneurs Who Will Inspire You to Start Your Own Company

5 Entrepreneurs Who Will Inspire You to Start Your Own Company

Starting your own business can be one of the most difficult things that a person ever does, but it can also be the most rewarding. You will face failure and hardship, but if you continue to work hard, strategize, and believe in yourself, your business can be successful. Every successful entrepreneur out there has overcome the odds against them; this article will focus on only 5. All of them took big risks and because of that, they have created some extremely successful businesses. 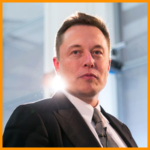 Elon Musk is well known for being the founder of Tesla, Space-X, and Paypal. He is worth nearly 20 billion dollars, but success hasn’t come easy for him. He made a significant amount of money from Paypal and used it to found both Space-X and Tesla. Advisors told him that spending money on rockets was a waste and that it would never work. He almost went bankrupt, but he didn’t give up and Space-X is now worth billions of dollars. 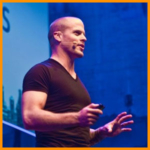 Tim Ferriss graduated from Princeton and had a good job but quit because he felt that he was overworked and underpaid. Ferriss then began writing books and also started his own nutrition company, BrainQuicken. His nutritional company went on to be quite successful. Additionally, a couple of the books he wrote became New York Times best sellers. 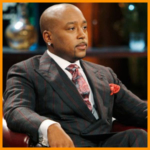 Daymond John had always wanted to start his own business, but he wasn’t sure how. He was working at Red Lobster when he told his mother that he wanted to start an apparel company. She taught him how to sew and he began sewing hats and selling them from his basement. His business rapidly grew and he had to quit his job at Red Lobster to keep up with demand. His business Fubu is currently still very successful. 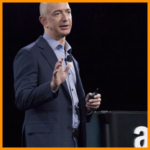 Jeff Bezos became successful at a financial firm at a young age but decided to quit his well-paying job to start his own business. He developed Amazon.com as an online bookstore, but it has quickly become an online shopping supercenter with a market cap of over 700 billion dollars. 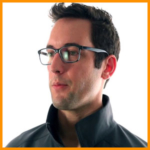 Toby Scammel started his first business in high school. He has always had a passion for small business and has founded several different businesses throughout his lifetime. Most recently he founded Womply, which has become successful due to its focus on helping small businesses succeed and currently has over 100,000 small businesses utilizing its business management software.

There are many different entrepreneurs who have all become quite successful because they decided to take risks. They risked failing, and some of them even did fail their first time. Despite the circumstances, they didn’t give up and because of that, they became very successful. If you pursue your dreams and don’t give, you can be successful in starting your own business as well.

About the Author: RI Staff

Happy 4th of July everyone! Stay safe out there, a

Our Refined Impact team hopes all of the amazing d

Due to COVID-19, many people are now working from

Happy Memorial Day! Today we will remember and hon

Here at Refined Impact, our mission is to partner

Please join us in wishing Alex a Happy Birthday!!

Happy Mother's Day to all of the incredible moms o

For all the Star Wars fans out there, May the 4th

If your small business is affected by the COVID-19